The strategy signals a new level of awareness and commitment of the European Union for the equality of LGBTIQ people. TGEU, alongside other stakeholders, has been for years demanding a comprehensive response addressing the challenges of trans people.

Trans persons remain marginalised and excluded throughout Europe. Research consistently indicate that trans people suffer from disproportionately high levels of violence, harassment and discrimination in all fields of life. The 2020 LGBTIQ survey from the EU Fundamental Rights Agency indicates that over a half of trans people have been discriminated against over the last year. A higher proportion of trans people felt discriminated at work in 2019 compared to 2012. TGEU has been documenting a drastic impact of the COVID-crisis, worsening the health, socioeconomic and political situation of the trans community. And some governments are using the pandemic as an excuse to limit the rights of trans persons.

In times of a global pandemic and European values being openly challenged trans people need the European Union at their side more than ever. This strategy takes the activities of the European Commission to a whole new level. For the first time, the European Commission as a whole commits to promoting the rights of transgender people. According to a press briefing the strategy sets out a series of targeted actions around four main pillars, focused on: tackling discrimination; ensuring safety; building inclusive societies; and leading the call for LGBTIQ equality around the world.

“Trans people are an integral part of Europe. Today, the European Commission has made this very clear. This strategy is a milestone, which TGEU and others have worked hard for. It has the potential to touch upon the lives of millions of trans people. TGEU is committed to making it a success for all trans people, and to monitoring its implementation critically.”

The EU LGBTIQ Equality Strategy 2020-2025 follows upon the list of actions to advance LGBTIQ equality (2015-2019), which was a first set of actions by DG Justice. It contained legislative measures, monitoring of existing rights of LGBTIQ people and awareness raising. The European Parliament has been calling for a comprehensive commitment for LGBTIQ rights since 2014.

Transgender Europe – TGEU is a NGO working for the human rights and equality of trans people. TGEU has 165 member organisations in 47 countries in Europe and Central Asia. 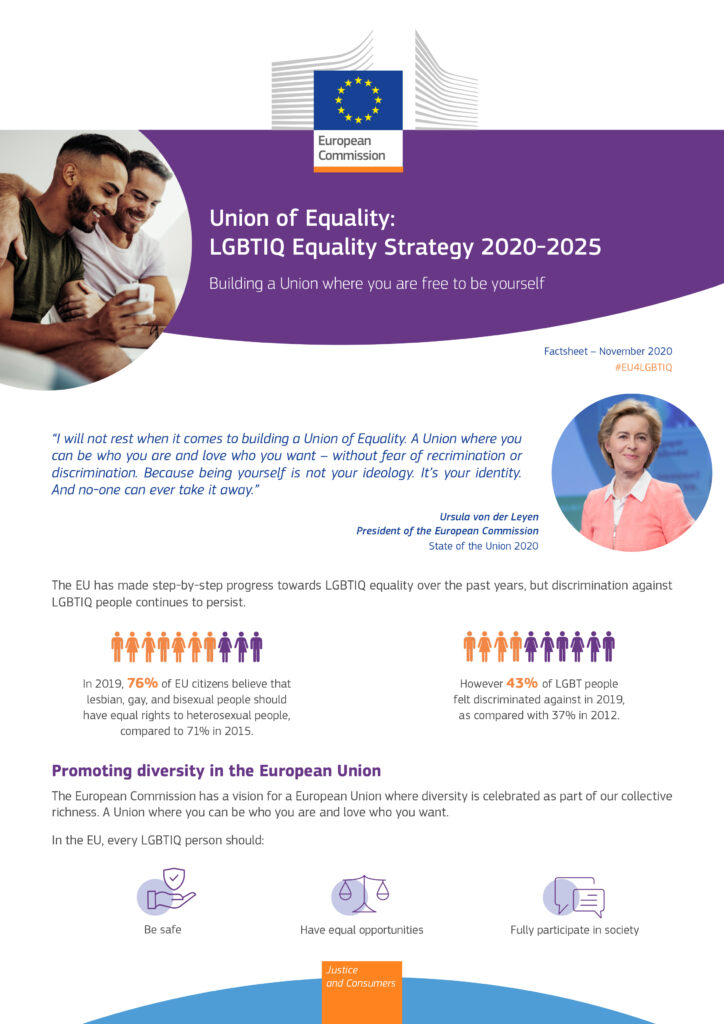 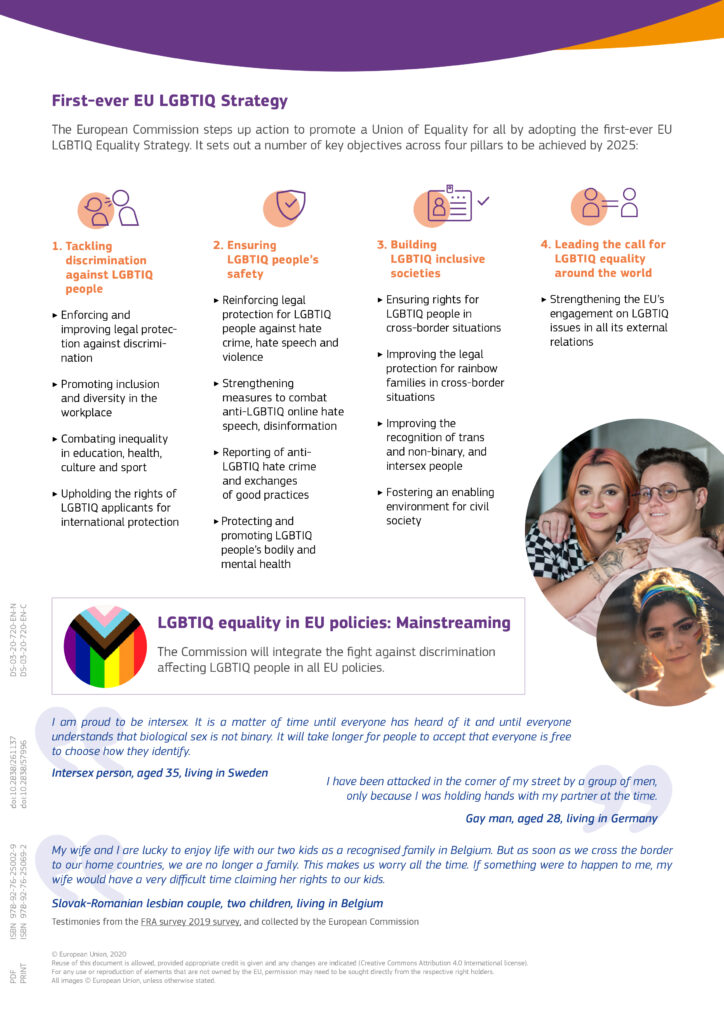