Posted on 20. March 2021 in Our work, Legal Gender Recognition, Press 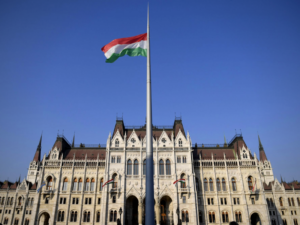 TGEU welcomes the recent ruling by the Hungarian Constitutional Court declaring one of the provisions of last year’s legal gender recognition (LGR) ban to be unconstitutional.

The Hungarian law did not only stop trans people from filing new applications for LGR, but also included a provision that all currently-pending applications should be rejected. When this law passed in May 2020, many trans people had already been waiting for their applications to be processed and had been stalled by public authorities for years.

A wave of legal actions challenging the ban followed, supported by Hungarian trans and LGBTI civil society organisations. A local judge referred the issue to the Constitutional Court, which on 12 March 2021 ruled that the provision stopping pending applications is unconstitutional for violating the prohibition of retroactive legislation.

The judgment is a small beacon of hope for the trans and gender-diverse communities in Hungary, who have taken several heavy blows in 2020, first with the abolition of LGR in May and later with a change of the constitution targeted against trans children in November.

“The recent ruling of the Hungarian Constitutional Court is a reason for hope among trans and non-binary people in Hungary. Now it is time to put the judgement into action. We call upon the Hungarian government to swiftly process all pending applications for legal gender recognition. In the meantime, we are concerned that the Court chose to not consider the general constitutionality of Hungary’s ban on legal gender recognition, and urge the Court to reconsider this question as soon as possible.”

It is not yet clear how the ruling will affect the practical situation for those whose LGR applications were pending when the ban came into effect. The Hungarian government has ignored judgements from the Constitutional Court before.

Hungarian TGEU member organisation Transvanilla and LGBTI organisation Háttér Society criticised the Court for not ruling on the general constitutionality of the LGR ban as a whole. Both organisations announced legal steps, if necessary, all the way to the European Court of Human Rights.