Posted on 8. March 2018 in Our work, Work with Institutions, Violence & Hate Speech

On the International Women’s Day we launch our policy brief “Robust action needed to stop violence against trans people”. 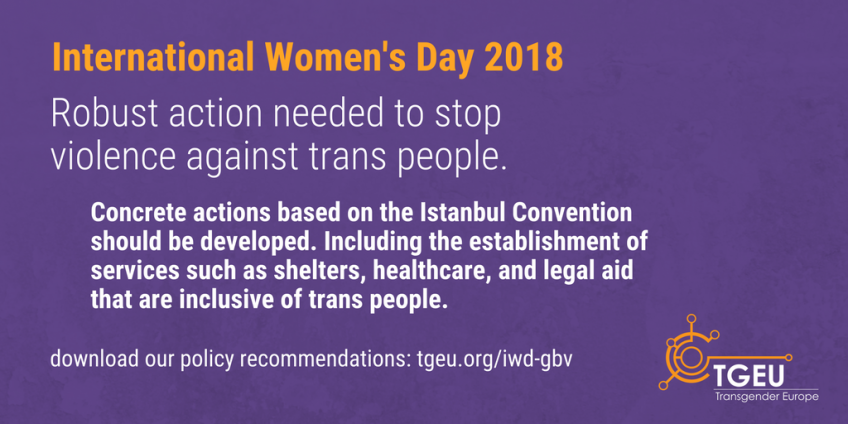 Widespread violence against trans people in Europe is a violation of human rights that calls for action from European institutions, states, and public institutions. There are a number of European policy documents that contain measures that can be used to address this violence and discrimination, like the Council of Europe’s convention on preventing and combating violence against women and domestic violence. It is also known as the Istanbul Convention and its implementation must be secured without discrimination on any ground such as sex, gender, or gender identity.

In particular, we recommend that: 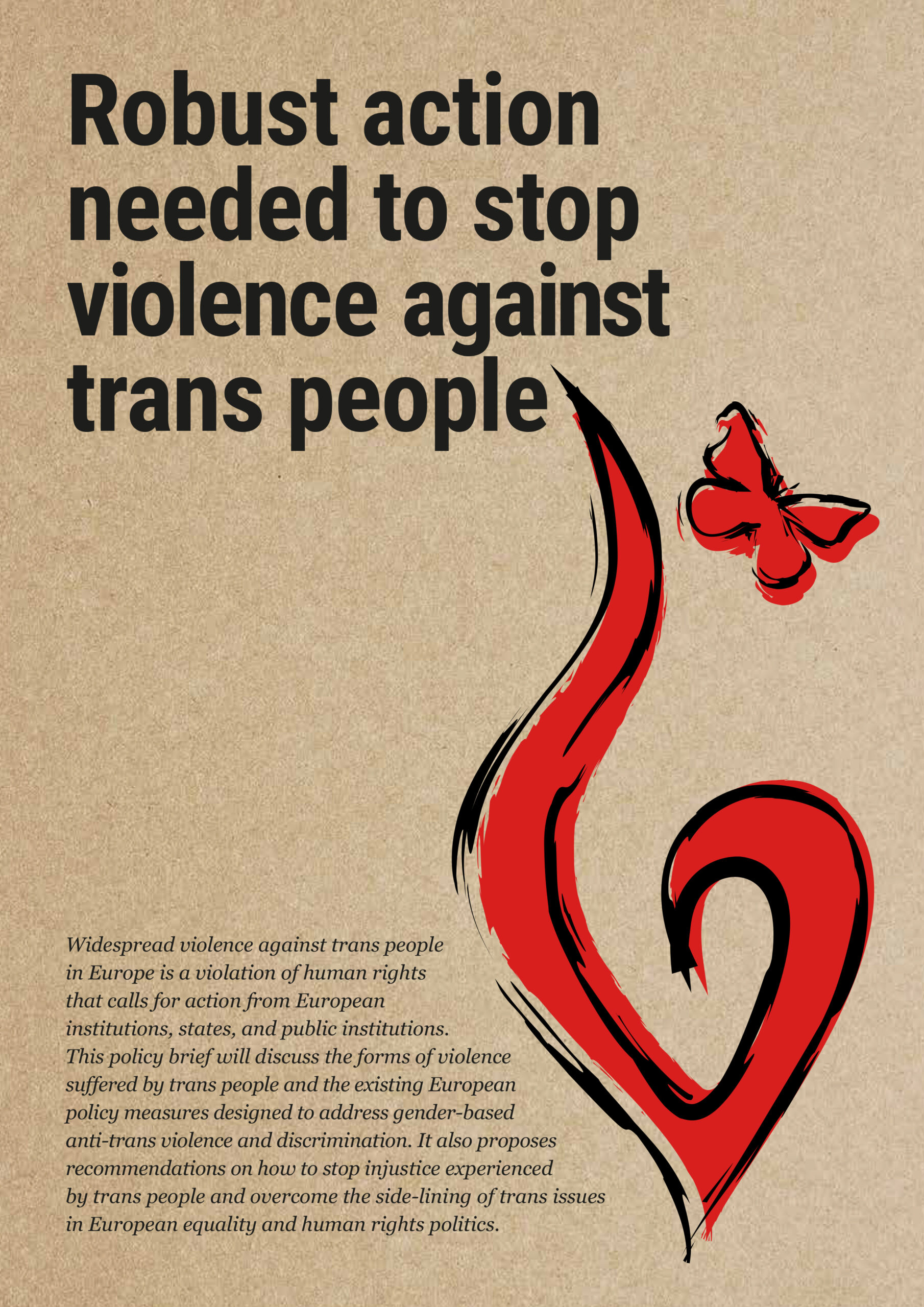 This policy brief discussed the forms of violence suffered by trans people and the existing European policy measures designed to address gender-based anti-trans violence and discrimination.

It also proposes recommendations on how to stop injustice experienced by trans people and overcome the side-lining of trans issues in European equality and human rights politics.