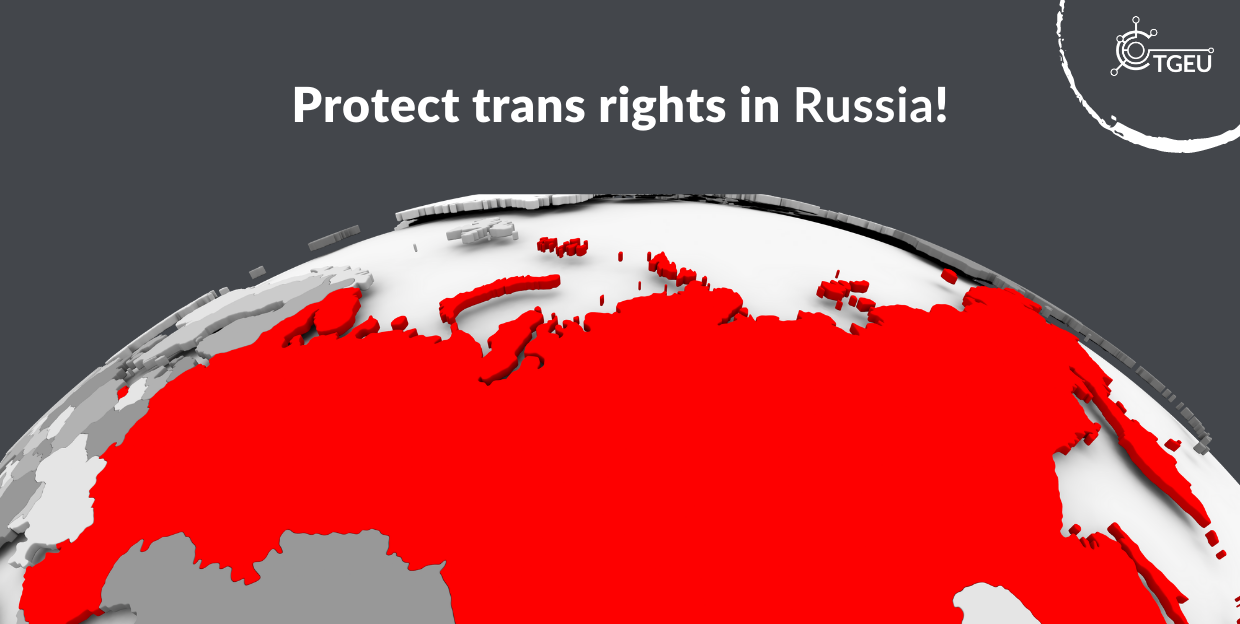 On 14 July 2020 the State Duma introduced a draft law (Project law No. 989011-7) which proposed several amendments to the Family Code to “strengthen the institution of the family”. However, the draft law further limits the rights of lesbian, gay and bisexual (LGB) and trans persons in the Russian Federation. TGEU is deeply worried about this draft law, especially with regards to the proposed changes of articles 70, 14 and 146 of the Family Code.

The other two articles further limit the rights of LGBT couples and families. Article 14 constitutes a ban on same-sex marriage by defining marriage as a union “between a man and woman”, which was technically not the case before. Article 146 stops LGB and trans people, who have married abroad, from fostering children.

Denying trans people access to rights as legal gender recognition, marriage and the right to raise children is deeply discriminatory and violates established human rights standards. The Council of Europe has established member states’ positive obligation to provide access to legal gender recognition and has called upon member states to make such procedures “quick, transparent, accessible and based on self-determination”. A ban on gender recognition constitutes discrimination on the basis of gender identity, which has been established as a protected ground under international human rights treaties like the Universal Declaration of Human Rights and the European Convention on Human Rights but also the Yogyakarta Principles +10.

However, discrimination does not stop with trans and LGB communities. According to a coalition of Russian speaking intersex organisations, the bill will also violate the rights of intersex people, since the category “sex assigned at birth” often will not reflect intersex persons gender identity when growing up. Therefore it will also create discrimination on the basis of sex characteristics.

The trans and LGBI communities must be legally protected against existing discrimination, instead of being further marginalised and stripped of their rights by the authorities.

We condemn this action and call upon the State Duma of the Russian Federation for revision of the new amendments to the Family Code No. 989011-7. Revisions should consider civil society input and comply with existing human rights standards. Further, we call on international human rights actors to raise awareness of this issue and support the human rights of trans and LGBI people in Russia.

For more information on how to support, check the statement published by the Board of the Russian LGBT Network.

Transgender Europe (TGEU) is a member-based organisation representing the trans community in Europe and Central Asia with 151 member organisations and 259 individual members in 46 different countries.