On the occasion of the Trans Day of Remembrance 2021, TGEU has released a policy brief that outlines the latest data on the extraordinary violence and harassment trans people face on a daily basis. The document explains why trans people are at such great risk and calls on policymakers at national and EU level to act now to prevent further violence and deaths.

2021 has seen the highest number of deaths reported to TGEU’s Trans Murder Monitoring project since recording began, with 375 murders reported this year alone. Of those killed globally, 96% were trans women or transfeminine people, and of those whose profession was known, 58% were trans sex workers.

Trans people are not safe in Europe and Central Asia. This situation is outrageous and unacceptable, and it must be changed.

We call upon EU-bodies to ensure:

Among other things, we call upon national governments to: 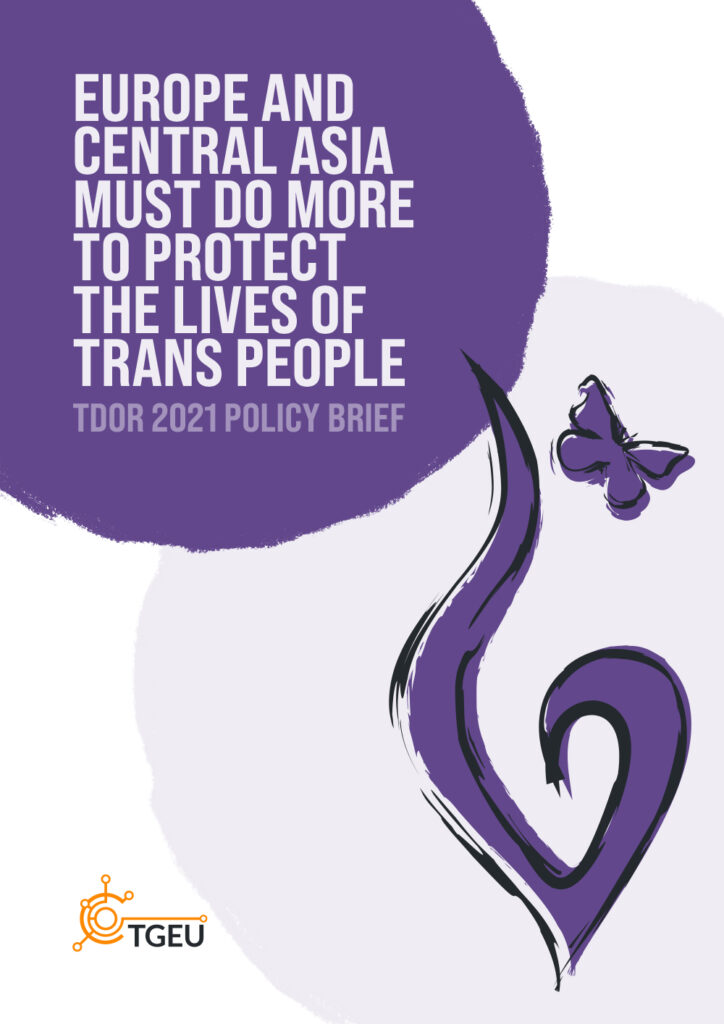 Protecting trans lives is on all of us.

This publication was funded by the Rights, Equality and Citizenship Programme of the European Union. Its contents are the sole responsibility of TGEU and can in no way be taken to reflect the views of the European Commission.