Posted on 10. June 2020 in Our work, Trans Health, Health & Depathologisation 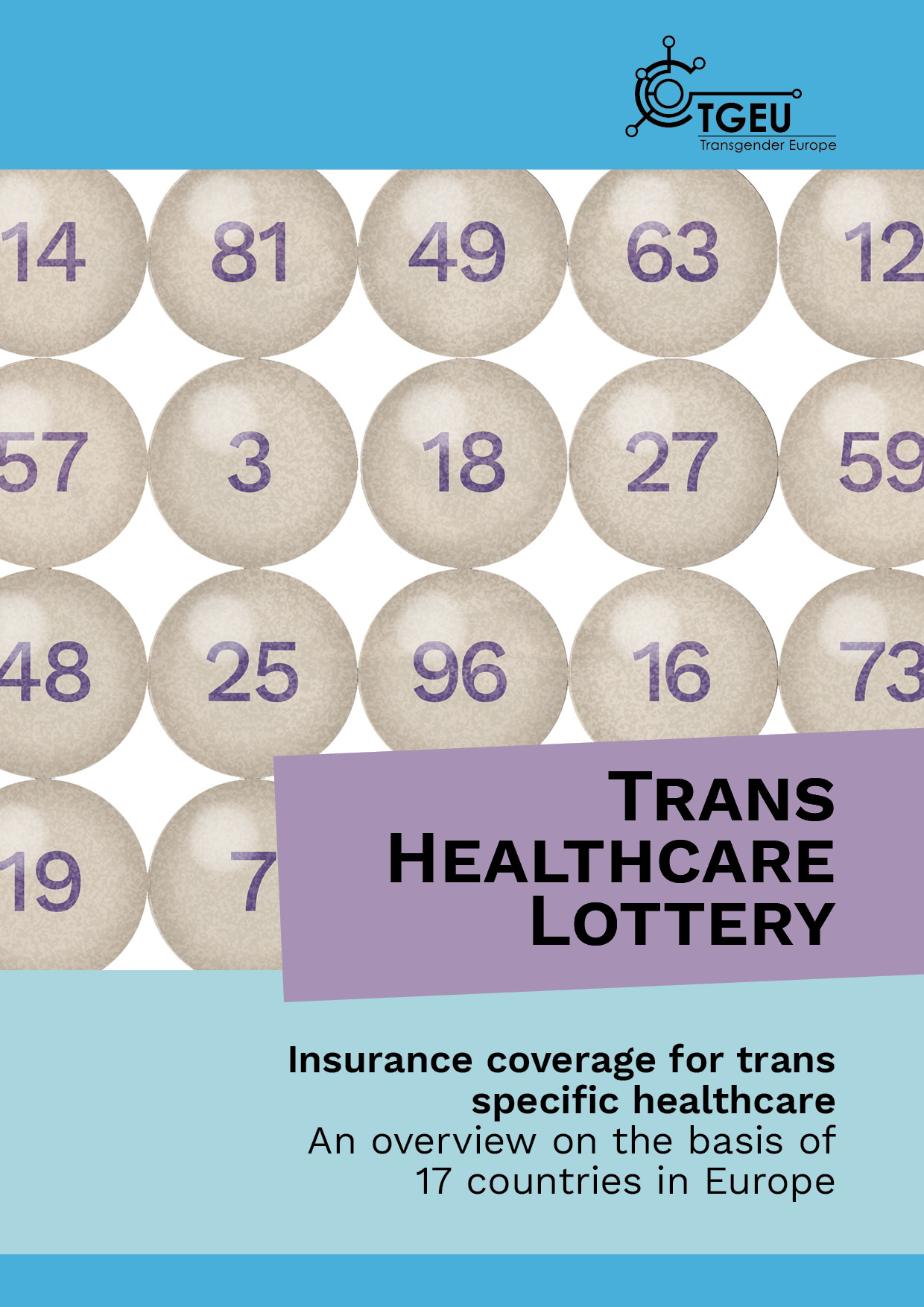 TGEU’s latest healthcare report was developed in 2017, and reaffirmed that trans people face numerous barriers in enjoying their right to health, both in general and trans-specific healthcare services. It also highlighted trans people’s difficulty in accessing affordable and comprehensive insurance that would cover their healthcare costs.

This report includes an analysis of the overarching themes in trans healthcare cost coverage in 17 countries: Austria, Belgium, Czech Republic, Finland, France, Georgia, Germany, Italy, Luxembourg, the Netherlands, Poland, San Marino, Slovakia, Slovenia, Spain, Russia, and the UK (England and Scotland). It reveals that, sadly, it is only in a handful of European countries, such as the UK, the Netherlands, Germany, or Belgium that public health insurance covers most trans-specific healthcare costs. In most other countries, public insurance only covers a limited number of procedures and, in some, such as Georgia, Russia, and Poland, virtually nothing is covered. Furthermore, even in countries where insurance coverage is available, trans people routinely face excruciatingly-long waiting periods and humiliating treatment.

The report shows that trans people are subjected to pathologisation and find themselves at the mercy of doctors, who routinely act as gatekeepers between them and the healthcare they want to access. Insurance coverage is subject to discriminatory limitations and often provided on an ad hoc basis. Trans people who are poor, who live outside big cities, non-binary people, and trans people with disabilities face additional barriers in accessing affordable care.

Download the report here or by clicking on the button above.

This report was developed with financial support from the Rights, Equality and Citizenship Programme of the European Union. The contents of the activity are the sole responsibility of TGEU and can in no way be taken to reflect the views of the European Commission.