TGEU envisions a world free from discrimination where gender diversity is celebrated, where trans people are valued, and where trans movements are self-aware, intersectional, and evolving to meet the needs of a diverse and resilient community.

TGEU’s mission is to strengthen the rights and wellbeing of trans people in Europe and Central Asia. We strive to represent the diverse needs of our members within human rights mechanisms, build the capacity and skills of our members to meet the needs of local communities, and develop intersectional and decolonised programmes to build more resilient and connected trans movements.

We endeavour to build an atmosphere of kindness, trust, safety, appreciation, and cooperation, and emphasise celebrating the resilience and diversity within our communities.
Our overarching aim is having the direction of our work set by people directly affected by the issues at hand. Read our guiding values statement here.

TGEU is a member-based organisation created in 2005. Since then, TGEU has kept growing and established itself as a legitimate voice for the trans community in Europe and Central Asia with 195 member organisations in 48 different countries.

TGEU is registered as Transgender Europe e.V. With the inclusion of Central Asia in our regional scope in 2018, we mostly use the acronym TGEU in our communications to the public. Today, TGEU has an office in Berlin, Germany, as well as a team of 12 members of staff and a Board.

The Board (formerly “Steering Committee) is elected every 2 years by our membership and is the governing body of the organisation. On 7 November 2020 TGEU held its General Assembly and elected the Board for the 2020-2022 term. The current Board members are: 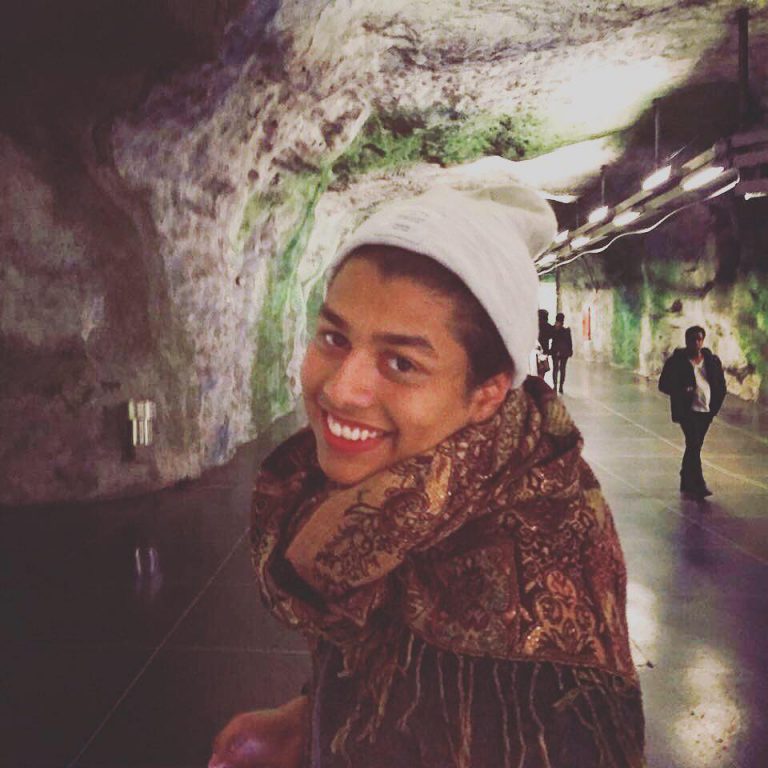 Jorge María Londoño (they/them) is a non-binary, genderqueer trans activist from Colombia based in Sweden. Jorge Maria’s activism journey started in 2012. They bring skills in leadership, governing of international NGOs, conflict management and resolution, and cooperation. They are currently chairing Youth Against Racism Sweden. 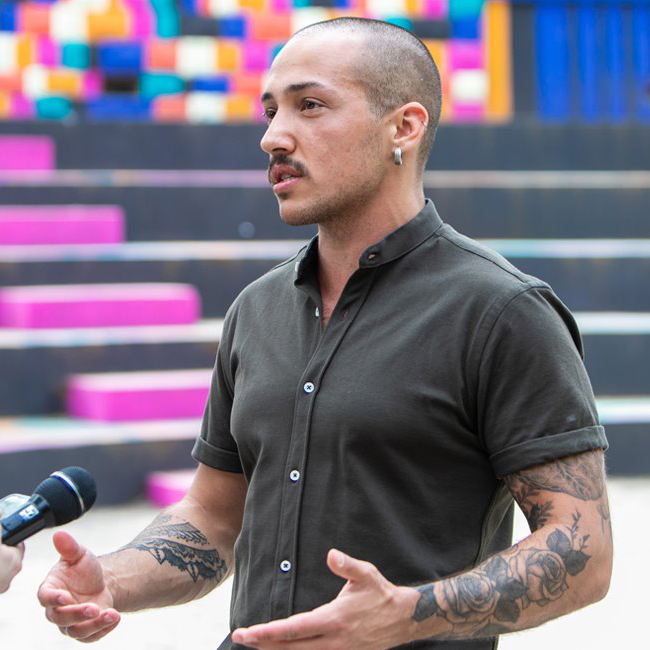 Jovan Džoli Ulićević (he/him) is a trans queer man of colour from Montenegro. He is a co-founder and coordinator for community building at Trans Network Balkan. With a strong record of leadership and intersectional justice work, Džoli is committed to supporting TGEU in developing resilience, leadership, and inclusion.

Antonella Lerca (she/her) is a Roma trans woman and sex worker based in Romania. As the current president of SexWorkCall Romania and board member of MozaiQ, she possesses great experience in intersectional and human rights activism at both local and international levels. 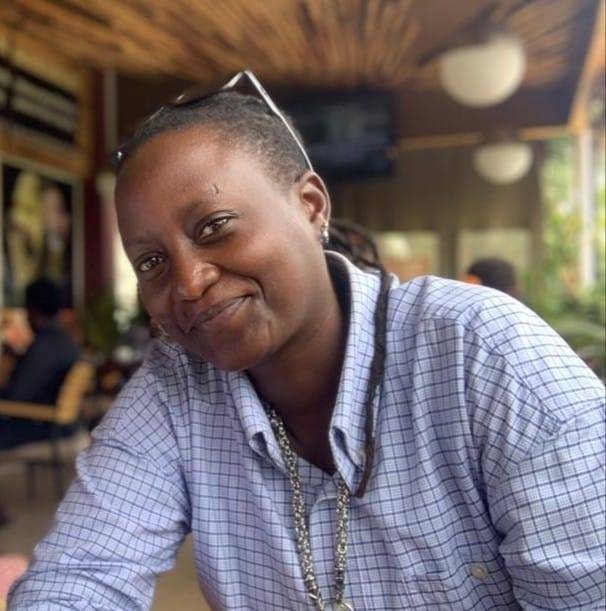 Carter Honorée (he/him) is a Rwandan trans man and asylum seeker in Belgium. Carter has a wealth of experience in leading teams to success in hostile environments. He is the founder and executive director of Rwanda Gender Pride, and the co-founder of Projekat Solidarno!

Inna Iryskina (she/her) is a trans woman from Ukraine. She is the co-founder of the Post-Soviet Trans*Coalition and trans program coordinator of Insight NGO. With 15 years of trans activism, she has great experience in advocacy, including work with state institutions and UN bodies. 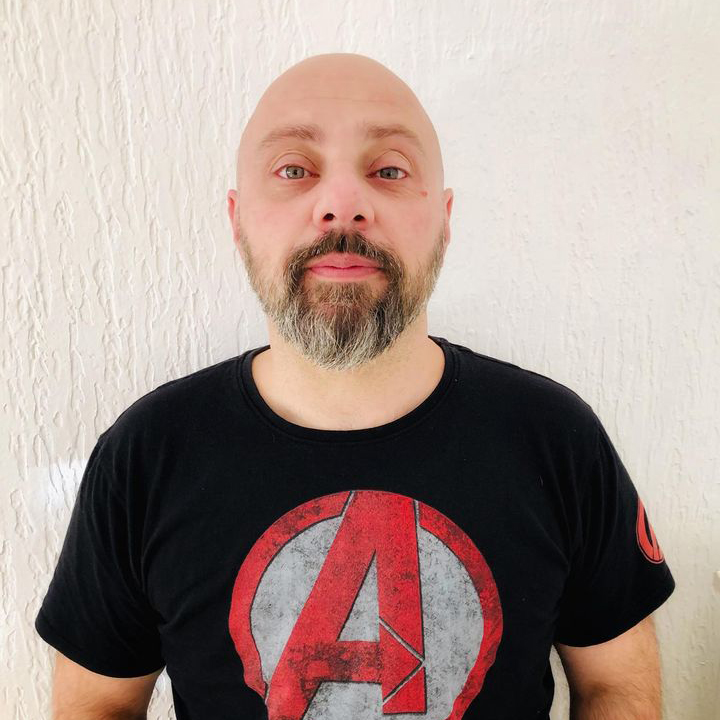 Kristian Ranđelović (he/him) is an intersex activist and the current executive director of XY Spectrum in Serbia. He a liaison person for trans and intersex communities and medical teams working with trans people in Belgrade. As a former member of TGEU Board, Kristian was one of the co-authors of the TGEU’s intersex policy. 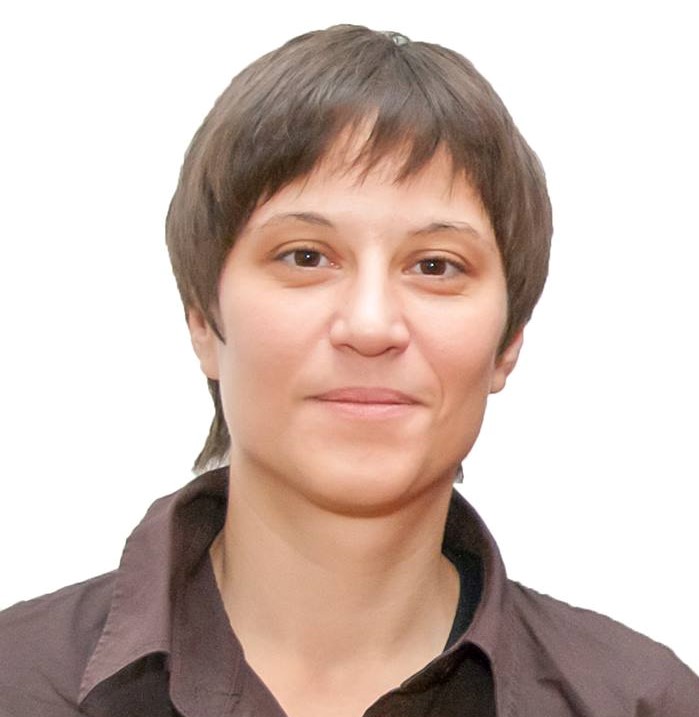 Lenny Emson (s_he/he/him) is a bi-gender trans activist based in Ukraine. Lenny has vast project management skills as well as knowledge in strategic and operating communications. Currently, he is a communication officer at the National LGBTI Conference of Ukraine and a member of the ITF’s Grant Making Panel. 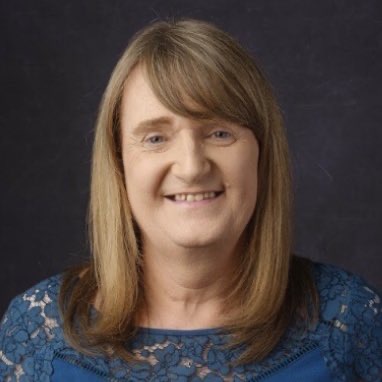 Sara Phillips (she/her) is a trans woman from Ireland and the current chair of TENI. She is a seasoned leader with over 28 years of experience in activism, advocacy, corporate and financial management, and community development within diverse trans communities in Ireland and Europe.

Masen Davis is the interim Executive Director at TGEU. He has been advocating for trans rights since 1998 and has spent more than twelve years leading LGBT organisations. His previous work includes serving as CEO of Freedom for All Americans; Executive Director of the Transgender Law Center; and interim co-director of GATE. Masen was one of the founding co-chairs of the International Trans Fund and continues to serve on the board of GATE. He received his Master of Social Welfare from UCLA, and Bachelor of Arts from Northwestern University. On a rare day off, he can often be found at the park with his scrappy terrier, Rex. 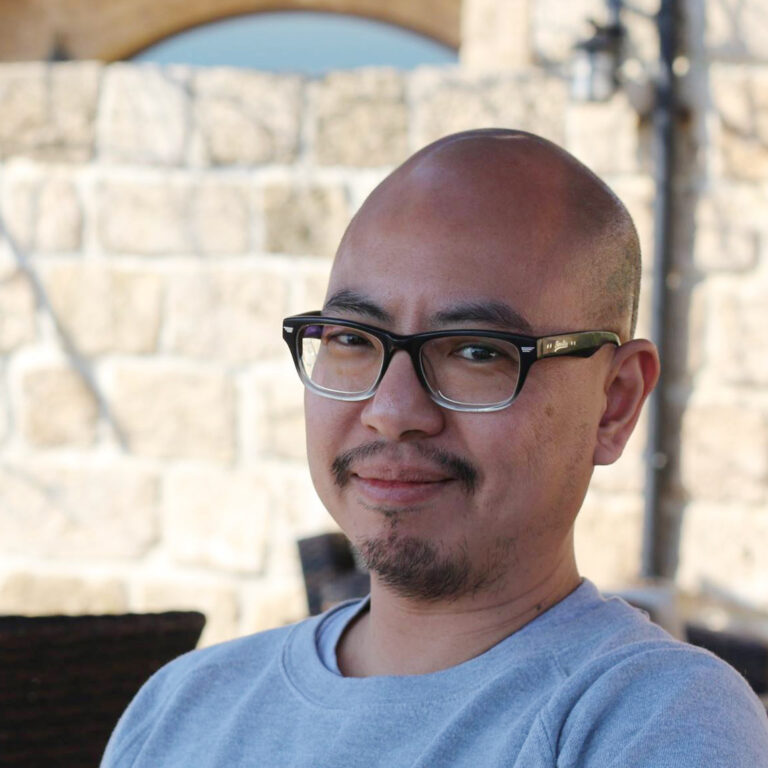 Zhan is currently on the board of the International Trans Fund and the advisory committee of Canada’s ACTIF Fund.

Born in Singapore, he left to pursue a career in human rights and has lived and worked in 8 countries. He holds a Master of Laws from the University of Sydney. 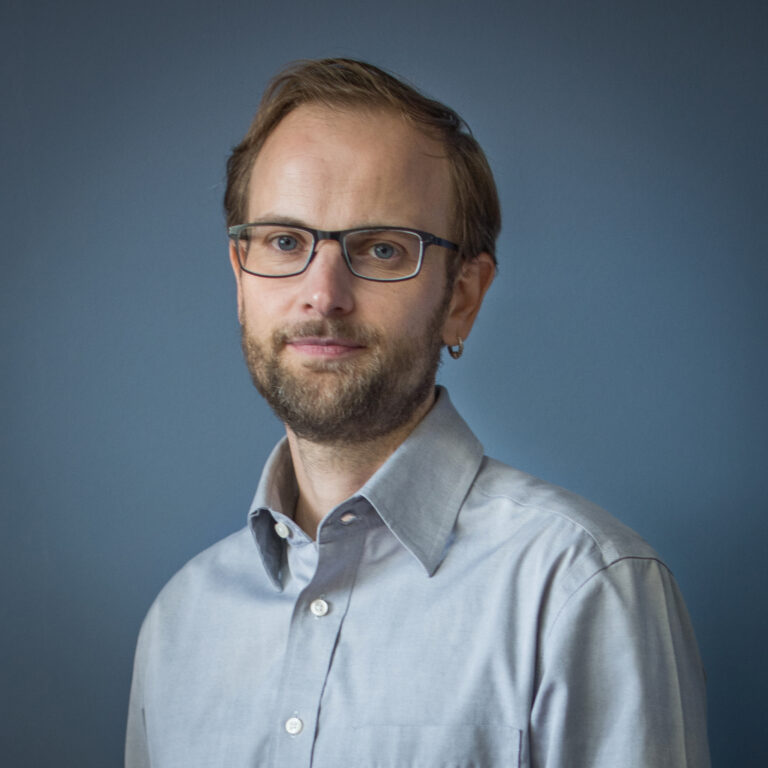 Richard oversees TGEUs policy and advocacy work at the European level and has been a trans activist for more than a decade.

Starting with TGEU as a member of the steering committee he has continuously initiated change to develop the structure and policy of TGEU drawing from his wide experience in international project management and NGO consultancy.

Richard holds a degree in Law in International Human Rights and Humanitarian Law (LL.M). He has a background in International Business Administration with specialisation on NGOs in Russian-speaking countries.

Lukas is an activist from Brazil. Throughout his 15 years of activism, he had the opportunity to work in different organisations in Brazil, Chile, China, and Germany. He studied multimedia design and communications and got a master’s degree in “International Relations.”

Lukas joined TGEU in 2016 and coordinated the TvT project until 2020. He took on the role of Senior Communications Officer in 2021. 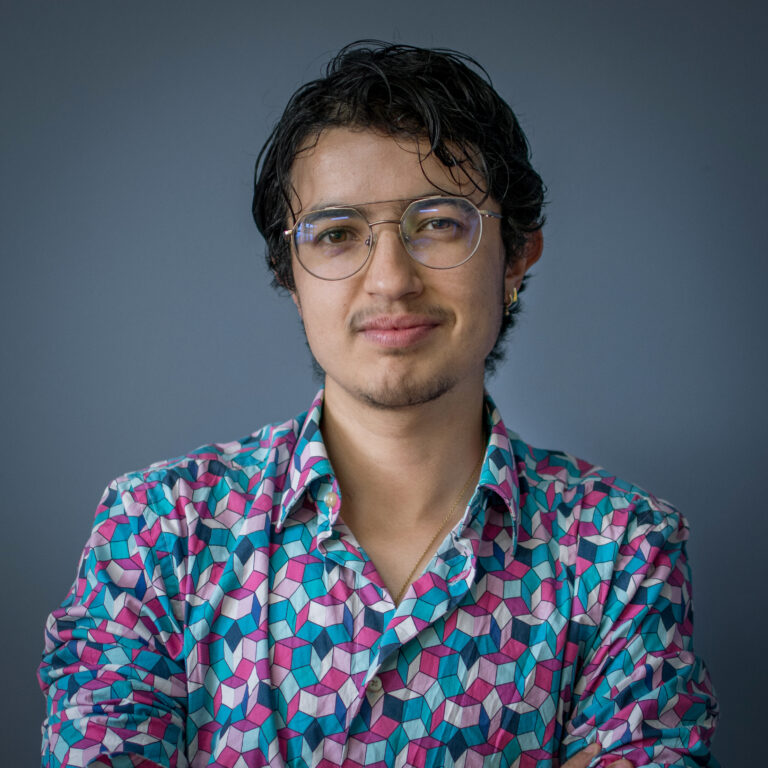 Anwar is an activist from France, combining different struggles, such as queer and trans rights, gender equality and anti-racism. Back in Paris, Anwar was engaged in several grassroots organisations addressing racism as well as queerphobia from an intersectional perspective.

Advocacy work and empowerment for queer and trans Muslim people is one of his priorities. As Senior Programmes Officer, Anwar is behind most of our relationship with the membership, supporting our members and ensuring TGEU’s projects and programmes are tailored to their needs and priorities. 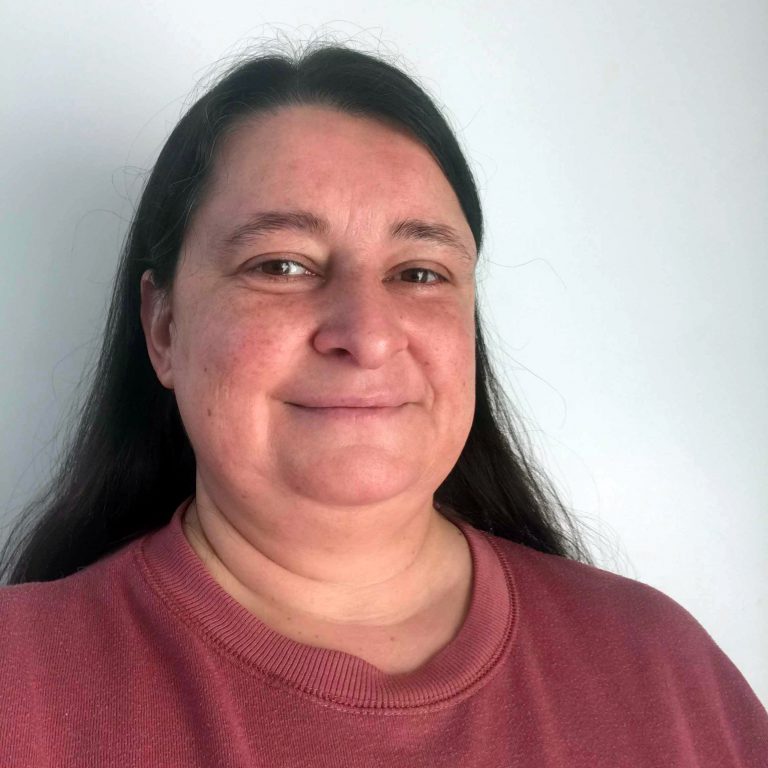 Milena was born in North Macedonia and lived many years in Bulgaria and Greece. S_he is an LGBTI activist and is involved in many informal support groups in the Balkans. Milena has great experience and expertise in operational matters. Before joining TGEU, Milena worked for the leading human rights organisations in North Macedonia as a Finance Officer and Finance Manager. Milena also has experience in Social Entrepreneurship and services for marginalised groups. Milena received an MBA in European Management from ESCEM, France. 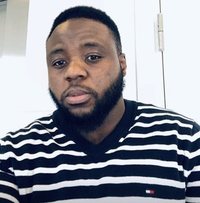 Founder of Queerstion Media, Miles is a journalist  and brings over 10 years of experience within media & communication, LGBTQ and migration activism.

Miles holds a Masters in International Migration and Ethnic Relations, BSc in Political Science  and a BA in Communication Science.

He has worked previously for RFSL as coordinator  for a Global LGBT Leadership training Rainbow Leaders  as well as Editor for Soginews global LGBT news site.

Miles wants to amplify the voices of trans migrants  in Europe through an intersectional perspective. 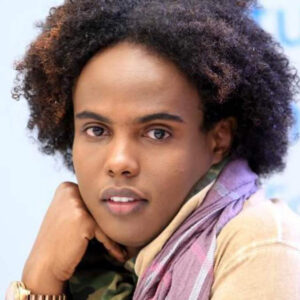 Farah came to Europe in the end of 2012, fleeing fear of persecution because of her gender identity. Her work as an activist began as a way to combat the rise in xenophobia, racism, islamophobia, and other forms of discrimination.

Farah has worked relentlessly over the last 8 years to tell the unheard stories of refugees. She wrote and published her first autobiography, “Never Arrive,” in 2015. She has also written columns on immigration for publications like Malta Today and the New Internationalist.

Farah looks forward to contributing to TGEU and bringing a new perspective.

Languages: English, Kiswahili, and some German. 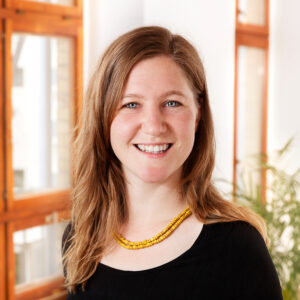 Francesca’s work at TGEU cuts across a variety of topics including combating anti-trans violence and the protection of trans people in the labour market.

Originally from Australia, Francesca’s background is in macroeconomics. Prior to joining TGEU, their work focused on international development policy, gender equality in the labour market, and Australia’s engagement with international financial institutions. She studied at the Berlin School of Economics and Law, the Australian National University, and Hitotsubashi University in Tokyo, Japan. 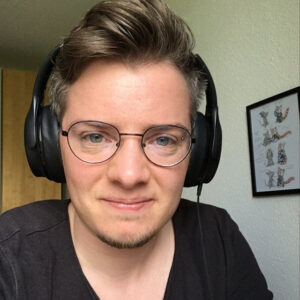 Vanya has previously worked with TGEU as a translator and interpreter, and will now join as EECA Officer. He comes from Russia and has experience in grassroots leftist, feminist, queer, and trans activism.

With a background in linguistics and gender studies, Vanya has written his doctoral thesis on the feminist movement in Russia. 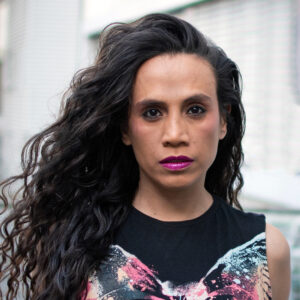 Paulie Amanita is a Colombian researcher and activist openly living with HIV in Europe. With a background in molecular microbiology and biomedicine, Amanita conducted research in Plant pathology and Cell stress response for over 10 years.

Amanita worked as a consultant for Gilead Science as a specialist on HIV/AIDS advocacy and was the Chairwoman and project manager of TransAktion until winter 2021.

As Research Officer at TGEU, Amanita will be coordinating projects such as the Trans Murder Monitoring and the Trans Rights Map. Amanita’s biggest goal is consolidating and expanding TGEU’s Research department. 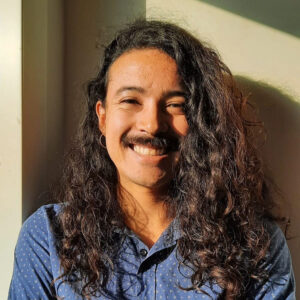 Passionate about politics, Douglas spent most of their life in the outskirts of São Paulo, Brazil, where they were born.

Their experience includes working with LGBTI+ and trans issues at ILGA-Portugal in Lisbon and ACCEPTESS-T in Paris. Douglas also worked with policy and advocacy in the private sector. Douglas received a Master of Public Administration with specialisation in Governance and in Social Justice from the Central European University. They also have a Bachelor of International Relations from the University of São Paulo.

When not working, you can find Douglas playing old video games, watching football, or making experiments in the kitchen.

Sanjar is from Kyrgyzstan and worked several years as Executive Director of Labrys, Kyrgyzstan’s main LGBTQIA organisation. Sanjar built his expertise on legal gender recognition as well as developing partnerships with the sex workers movement, drug users and community building in Kyrgyzstan.

Sanjar has been part of the PROtrans project from the beginning and will ensure the coordination of the project, monitoring discrimination and violence against trans people in Eastern Europe and Central Asia. 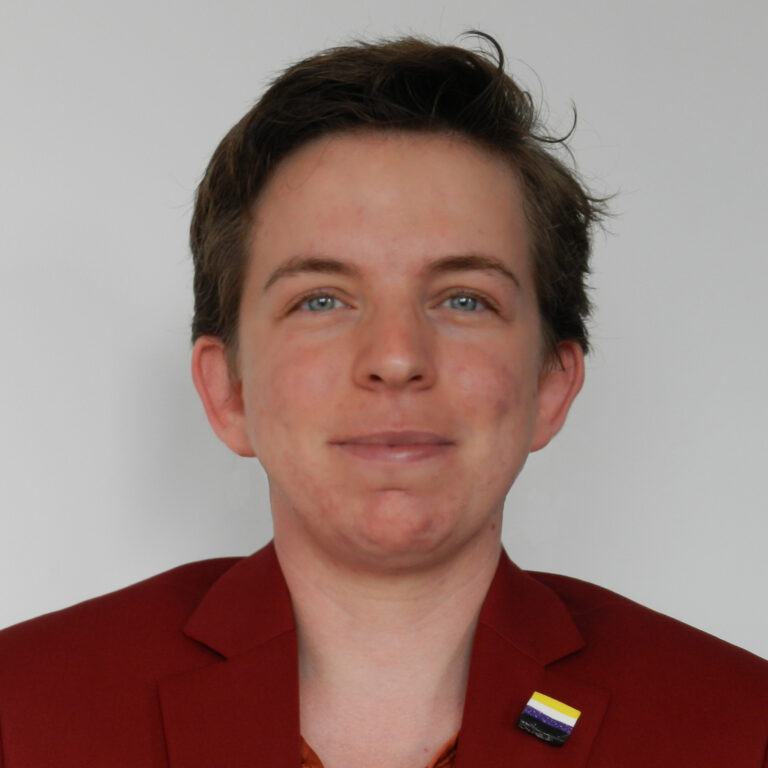 As Senior Advisor on Resilience and Backlash, Sebastian will support TGEU to combat the anti-gender movement. With eight years’ experience in sexual and reproductive health and rights, HIV, global health, and LGBTQI+ rights, their interest lies in the intersection of gender and violence, sexuality, social norms, and marginalisation. 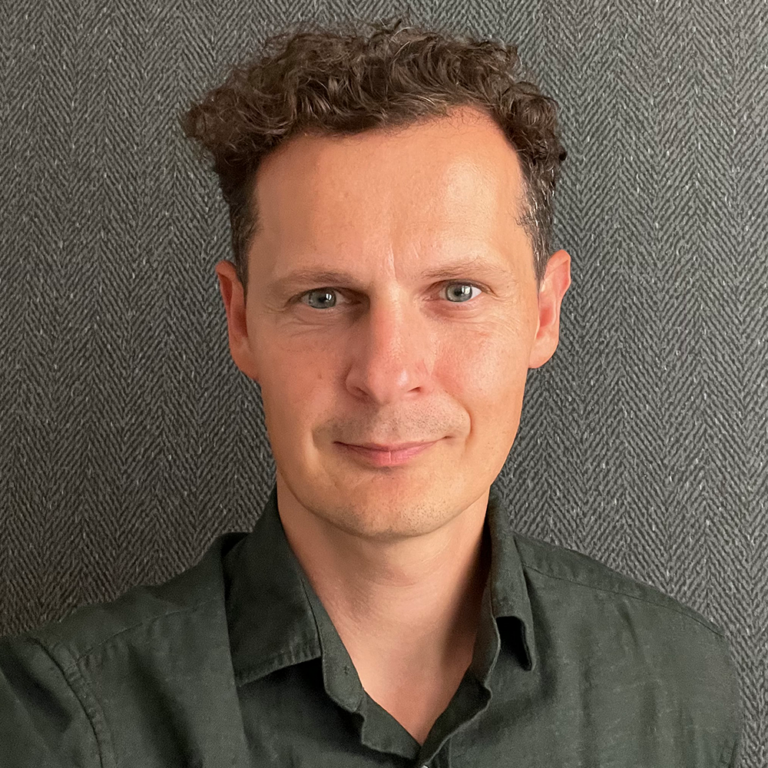 Maroš is a human rights lawyer specialising in public interest litigation. He completed his legal studies in the Czech Republic and the Netherlands and has collaborated with various domestic and international NGOs. Between 2016 and 2018 he worked at the Registry of the European Court of Human Rights.

With more than ten years of experience in strategic litigation, including in the field of trans rights, Maroš will support TGEU in preparing submissions with international judicial and quasi-judicial bodies and in the development of individual and collective litigation.