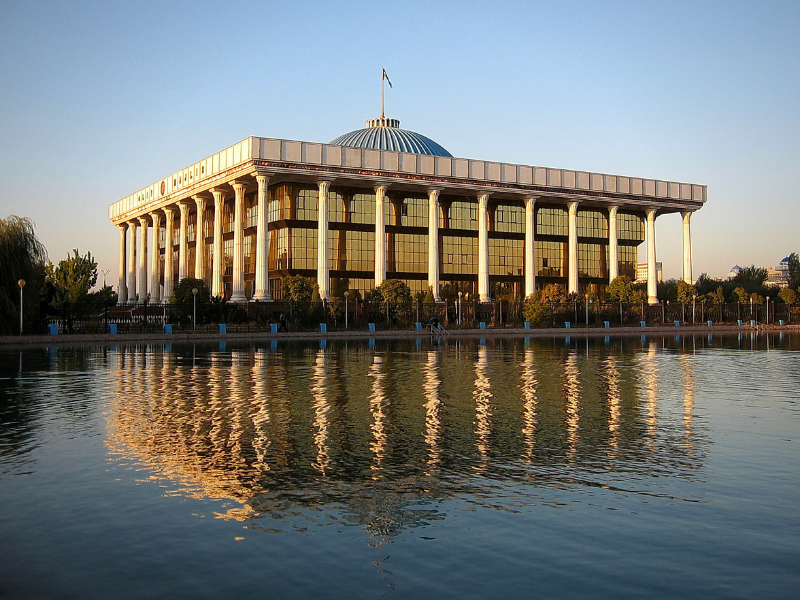 ILGA-Europe, TGEU, and many other human rights organisations call on the President and government of Uzbekistan to decriminalise same-sex relations under the ongoing review of the Criminal Code and ensure conformity with the recommendations of the UN treaty bodies.

Since 2016, President Shavkat Mirziyoyev has launched many legal reforms and Uzbekistan is now discussing and undertaking reforms to its criminal justice system. This presents a unique opportunity to finally decriminalise same-sex conduct between men in Uzbekistan, in line with international human rights standards and its own Constitution.

However, the draft of the new Criminal Code1 released for public discussion by the Uzbek Prosecutor General’s Office on 22 February 2021, does not remove the provision criminalising consensual same-sex conduct between men. Despite calls from international human rights bodies and civil society, the provision remains in the new version of the Code, moved from Article 120 to Article 154 without changing its substance.

Worryingly, the Article is included in the newly created Chapter V of the Code, entitled: “Crimes against family, children and morality”. No further explanation was given by the Prosecutor General’s Office in the explanatory note to the draft.

We recall that, as a party to the international human rights treaties, Uzbekistan is obliged to protect the inherent dignity and the equal and inalienable rights of all members of the human family.2 We also remind that when applying for membership at the UN Human Rights Council, Uzbekistan committed to the promotion and protection of human rights and the adoption of a range of legislative, institutional and administrative measures to fulfil its international obligations in the field of human rights, and pledged to protect, promote and support universal human rights and fundamental freedoms for all.3 Moreover, as an EU GSP+ beneficiary, in accordance with Article 13 of the GSP Regulation,4 Uzbekistan should effectively implement agreed international treaties and cooperate with the relevant monitoring bodies.

In its communication with the UN treaty bodies, the Uzbekistani government has claimed that the criminalisation of same-sex conduct between men reflects Uzbek traditions and religion.5 However, we reiterate the statement of the United Nations Special Rapporteur on freedom of religion or belief, clearly stating that religious beliefs cannot be used to justify LGBT+6 rights violations nor be invoked as legitimate ‘justification’ for violence or discrimination against LGBT people and that the right to freedom of religion protects individuals and not religions as such.7

We remind Uzbekistan that attitudes towards LGBT people may vary from country to country, but human rights standards are universal and inalienable. International human rights law is clear: all people, without exception, are entitled to the protection of their human rights, including LGBT people. The criminalisation of consensual same-sex conduct violates multiple human rights standards, including those on liberty, fair trial, integrity, privacy, dignity, equality before the law, non-discrimination and the absolute prohibition on torture and other cruel, inhuman and degrading treatment or punishment. These human rights standards are enshrined in legally binding treaties ratified by Uzbekistan as acknowledged in its voluntary pledges and commitments pursuant to General Assembly resolution 60/251.8

Repealing the provision criminalising same-sex conduct or relation and other laws used to persecute LGBT people is an important step for Uzbekistan, a member of the UN Human Rights Council, towards combating prejudice and protecting the lives of LGBT people under international human rights law and its own Constitution.

Although the Uzbekistani Constitution guarantees privacy, equality and non-discrimination, Uzbekistan is one of the only two Central Asian countries that retain legislation criminalising private, consensual same-sex conduct between men. Article 120 of the Criminal Code9 in force stipulates that “bezakalbazlyk” (sodomy), voluntary sexual intercourse between two male individuals, is punishable by one to three years of restricted liberty, or by up to three years of imprisonment. Due to the widespread failure to understand the difference between sexual orientation and gender identity by state and non-state actors in Uzbekistan, this law negatively impacts all of the LGBT community.

As a consequence of criminalising same-sex conduct between men, LGBT people are routinely subjected to arbitrary arrests, ill-treatment, persecution and surveillance by state and non-state actors.10 It should be noted that non-state actors feel emboldened to attack LGBT people merely due to the existence of Article 120, knowing that the victims will not seek state protection out of fear of being persecuted for their sexual orientation.11

Due to Article 120 in the Criminal Code, and widely-practised bans on associations and peaceful demonstrations, as well as public stigmatisation of LGBT people, activists cannot apply for and register civil society organisations advocating for the human rights of LGBT people in Uzbekistan.

1 Draft of the Criminal Code of the Republic of Uzbekistan, Article 154, Available at: https://regulation.gov.uz/ru/d/29646
2 The United Nations. (1948). Universal Declaration of Human Rights accessible on https://www.un.org/en/universal-declaration-human-rights/
3 Annex to the letter dated 30 September 2019 from the Permanent Representative of Uzbekistan to the United Nations addressed to the President of the General Assembly. Candidature of Uzbekistan to the Human Rights Council, 2021– 2023. Available at: https://undocs.org/en/A/74/477
4 Parliament and of the Council of 25 October 2012 applying a scheme of generalised tariff preferences and repealing Council Regulation (EC) No 732/2008. Available at: https://eur-lex.europa.eu/legal-content/EN/ALL/?uri=celex:32012R0978
5 UN Committee against Torture (CAT), List of issues in relation to the fifth periodic report of Uzbekistan. Replies of Uzbekistan to the list of issues, 20 September 2019, CAT/C/UZB/Q/5/Add.1
6 LGBT – lesbian, gay, bisexual, and trans persons.
7 UNOHCHR (2 March 2020), “States should not use religious beliefs to justify women and LGBT+ rights violations – UN expert”, accessible on https://www.ohchr.org/en/NewsEvents/Pages/DisplayNews.aspx?NewsID=25644&LangID=E
8 See 3.
9 Criminal Code of the Republic of Uzbekistan, Article 120, Available at: http://www.legislationline.org/download/action/download/id/1712/file/a45cbf3cc66c17f04420786aa164.htm/preview
10 https://www.ilga-europe.org/sites/default/files/Uzbekistan.pdf
11 https://rus.ozodlik.org/a/29890288.html