Deprived of liberty, deprived of rights:
A community report on policing and detention of
trans people in Central-Eastern Europe and Central Asia 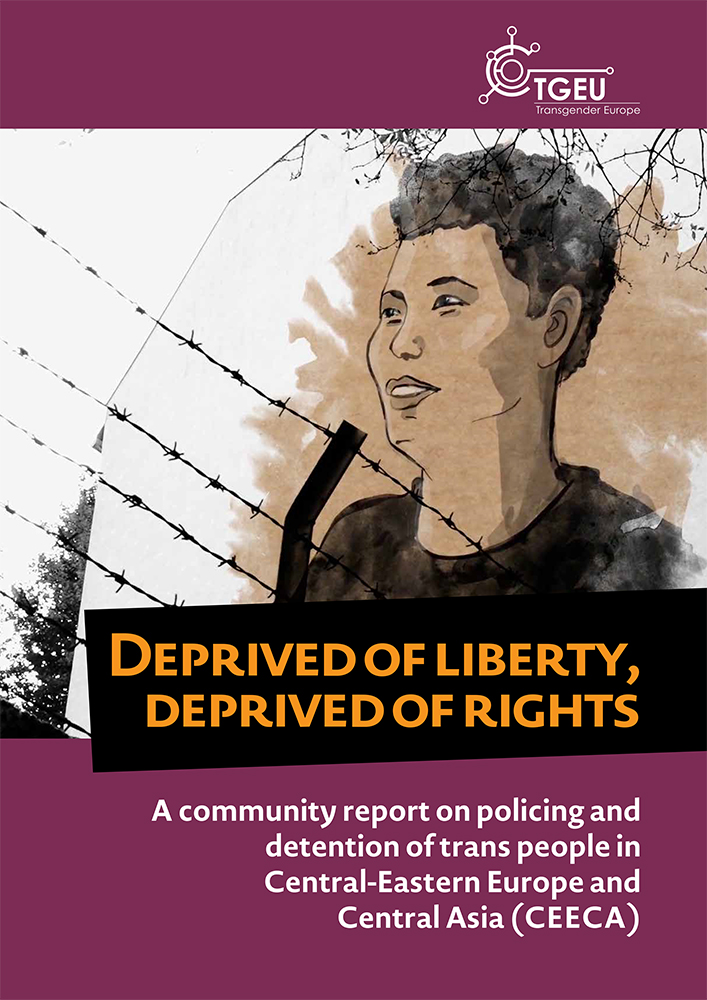 Transgender Europe, within its ProTrans project, is proud to release a new report “Deprived of liberty, deprived of rights: Community report on policing and detention of trans people in Central-Eastern Europe and Central Asia (CEECA).”

While there is increasing attention and limited policy reform in the area of policing and imprisonment of trans people in some contexts, such as the United States and the United Kingdom, very few research and policy interventions focus on trans people in closed settings in Central and Eastern Europe and Central Asia. This publication thus aims at providing an overview of rights violations against trans people in the criminal justice system in the region.

The report highlights the main trends of policing and imprisonment in the CEECA region and illustrates abuse against trans people in various phases of criminal justice procedures, from surveillance and policing to detention conditions based on testimonies collected by local LGBTI and trans groups and available studies and research reports. Finally, it draws on international standards to recommend policy changes and also presents community initiatives that address the situation of trans prisoners in the region.

It builds on evidence collected by community-based organisations and their crucial outreach and legal aid services, and joint monitoring of violence supported by TGEU within its ProTrans project. For more information on TGEU’s work documenting violence against trans people in Central Asia and Eastern Europe, see our Pro-Trans Project.

This report can be downloaded in English and Russian.

The Association for the Prevention of Torture (APT) have just launched their monitoring guide “Towards the effective protection of LGBTI persons deprived of their liberty.”